Would you go to this bizarre coffin festival? 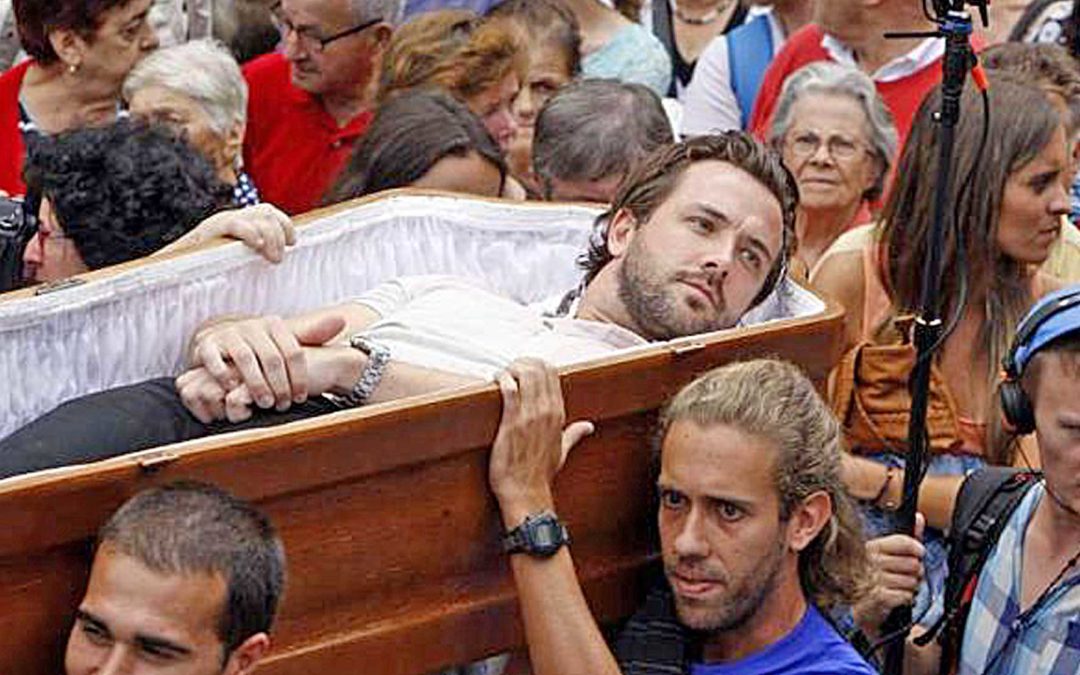 The festival is dedicated to those fortunate enough to have managed to cheat death and is known as the Festival of Near Death Experiences.

Those that take part are carried through open coffins and caskets through the town and have at some point during the year survived an event or illness that could, and according to them should, have killed them.

The procession of family and friends of the ‘celebrants’ makes its way through the streets of the town where they have to carry their ‘escapee’ in his or her own coffin. Even more surreal is the vision of those in the parade without family or friends who struggle along carrying their own coffin.

This unusual yet popular fiesta is considered by some international media as among the weirdest festivities in the world and is dedicated to Saint Marta de Ribarteme, allegedly the sister of Lazarus – who rose from the dead.

The event is taken very seriously by those involved, and church bells ring out with solemnity throughout the parade. 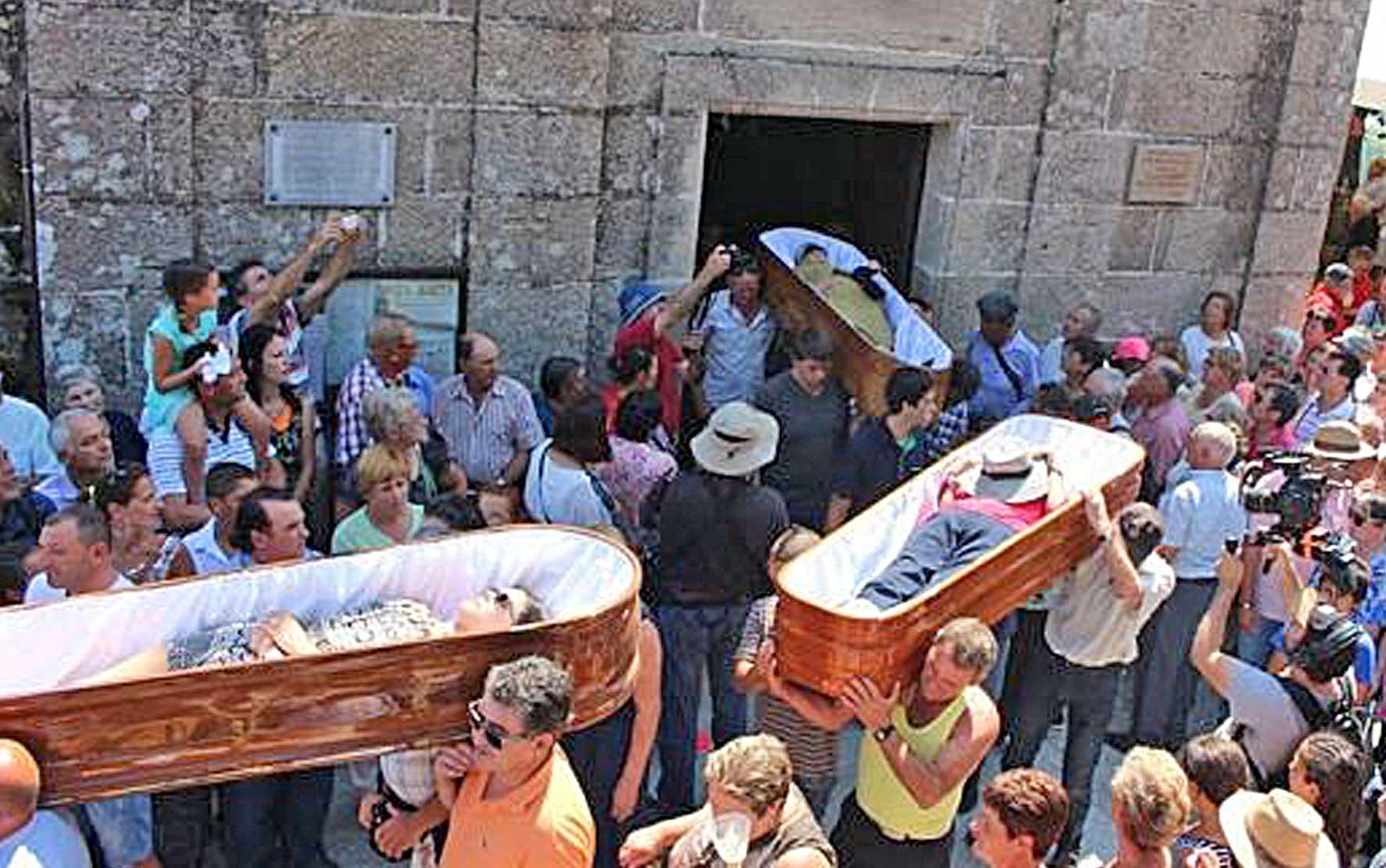