3 PR disasters that were handled brilliantly by management 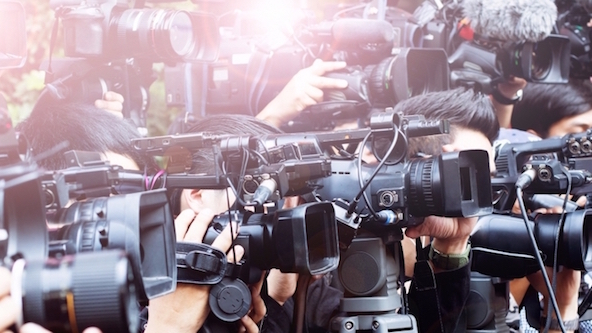 The crisis: JetBlue’s operations collapsed after an ice storm hit the East Coast of the US, leading to 1,000 cancelled flights in just five days.

The company’s response: CEO David Neeleman never blamed the weather. He wrote a public letter of apology to JetBlue customers, introduced a customer’s bill of rights, and presented a detailed list – which included monetary compensation – of what the company would do to help all the affected passengers.

The result: JetBlue managed to quash much of the uproar by being as public and straightforward as possible. Neeleman went on YouTube, the Today Show, Letterman, and Anderson Cooper, not pleading his case, but apologising for his company’s faults. Though there was much reputational damage done, JetBlue’s comeback allowed it to regain some of its luster. For an airline that differentiates itself so heavily on customer service, it was crucial that they did.
Taco Bell’s ‘seasoned beef’ meat filling lawsuit (2011)

The crisis: Yum! Brands, Taco Bell’s parent company, was sued over the contents of its taco meat filling. The lawsuit alleged that the company’s ‘seasoned beef’ contained only 35% beef, and that Taco Bell was lying in its advertising.

The company’s response: Taco Bell explicitly declared the claims false, and shared with the public its percentages (88% beef, 12% secret recipe), along with the ingredients in the secret recipe itself. The company quickly fired up a multi-platform PR campaign to shoot down the allegations and get the word out about its “not-so-secret” recipe. It included traditional local market newspaper ads, but focused on online marketing with a YouTube channel, Facebook page, and more.

The result: Taco Bell’s existing consumer base responded overwhelming well to the campaign. The social media platforms shined, with the vast majority of commenters supporting the company’s stance. Less than four months later, the lawsuit was dropped, and Taco Bell had completely averted a potential PR disaster.

The crisis: Seven people died after taking extra-strength Tylenol capsules that had been laced with potassium cyanide, a deadly poison.

The company’s response: The company put customer safety first. It quickly pulled 31 million bottles of Tylenol – $100 million worth – off the shelves and stopped all production and advertising of the product. It also got involved with the Chicago Police, FBI, and FDA in the search for the culprit, and offered up a $100,000 reward. Post-crisis, the company reintroduced Tylenol with new tamper-resistant packaging and $2.50-off coupons.

The result: A go-to case study in MBA classes worldwide, Tylenol’s response to the tragic 1982 crisis is regarded as one of the most successful sequences of crisis management in history. The media appreciated the lengths the company went to and its concern for the public interest, so the company was portrayed generally in a good light, helping the Tylenol brand to recover.