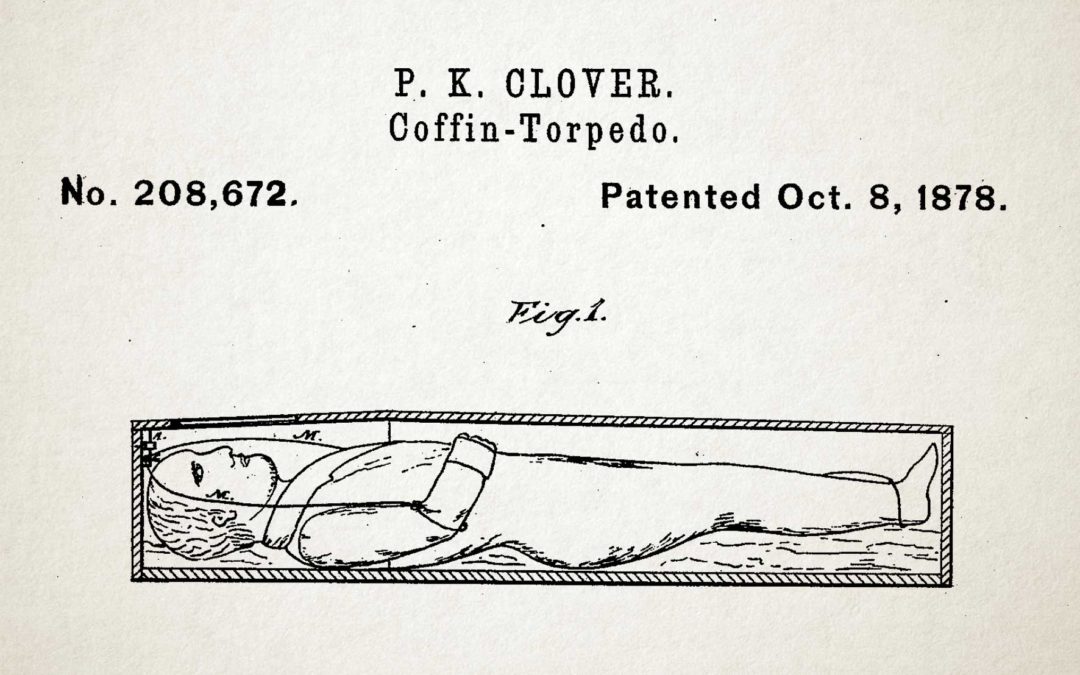 Truth really is stranger than fiction.

During the 19th-century there was a widespread fear, particularly in the US, about ‘body-snatching’.

And, for good reason.

Fortunately, clever inventors had a solution.

In 1878 Philip K Clover of Columbus, Ohio, came up with a device that would ward off would-be body-snatchers. His device? An exploding coffin, which he called a ‘coffin-torpedo’. The device involved a system of triggers that detonated an explosion of lead balls if the coffin lid was opened after burial.

He went on to receive a patent for the device, which in his words, “shall successfully prevent the unauthorized resurrection of dead bodies”.

Despite the interest at the time in graveyard artillery, there is little to suggest that these coffin-torpedoes were widely manufactured or commercially successful.

“For the most part, these devices seem to have been used very little,” says anthropologist Dr Kate Meyers Emery.

“They were definitely oddities designed to make money off of the widespread fear about body snatching. The truth is, most of the time you really just needed someone to watch over your grave for a few days or weeks to make sure that the body had time to decay and wouldn’t be of use.” 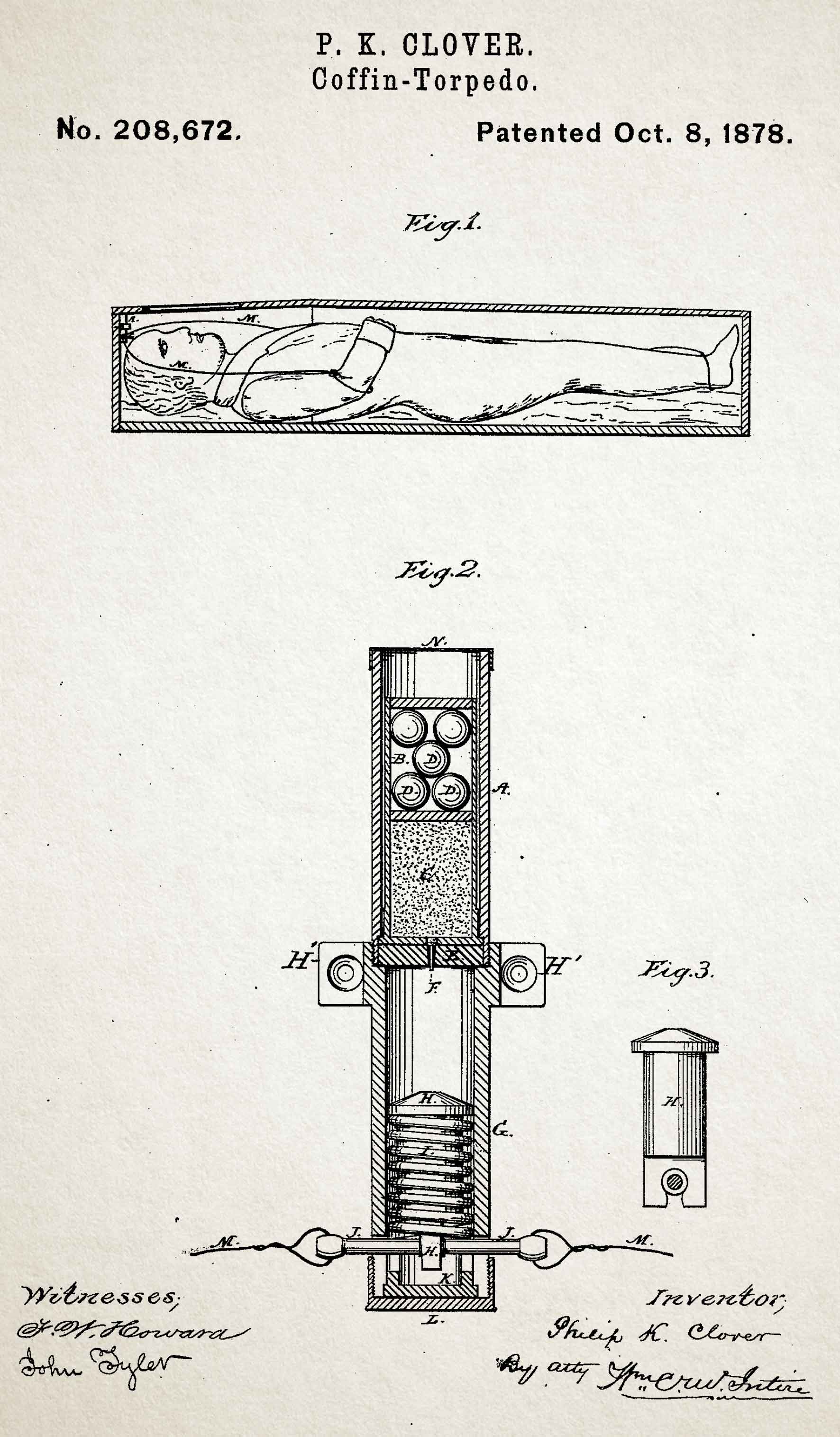